…the goose is getting fat!  Actually, I have no idea how fat the rhetorical goose is, nor do I have any plans on buying a literal goose, but I do know that Christmas really is coming!  Just a few days away at this point!  Eek!  School and Christmas-y things have been keeping me busy for sure.  There’s not much about school that I particularly want to talk about, other than the fact that it was really hard, but I managed to get all A’s; but there’s plenty of Christmas updates that I have!

The lights, the music, the decorations…everything about Christmas sends a thrill through me.  I absolutely love this time of year.  I dragged a few of my friends with me to Atlantic Station, to see the official lighting of the enormous Christmas tree that they had erected in the middle of the plaza.  The lighting of the tree was actually somewhat of a letdown – there’s only so much fanfare you can have when all that’s happening is a cord getting plugged into an outlet – but they had fireworks afterward, which more than made up for that :). 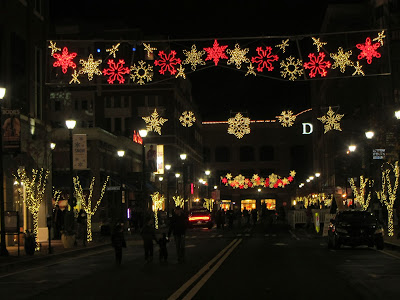 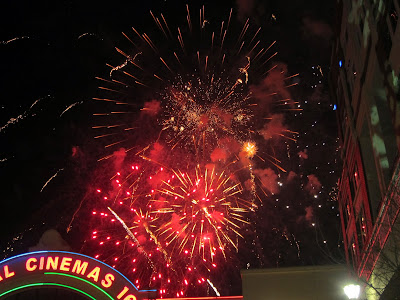 My church also had a volunteer Christmas dinner at the end of November.  It’s an event that the staff puts on every year, in which they invite all of the church volunteers to a big fancy dinner to thank them for their service.  That was a blast.  As you can see from the pictures below, the people at my church can definitely be clowns…regardless of how dressed up they might be, lol… 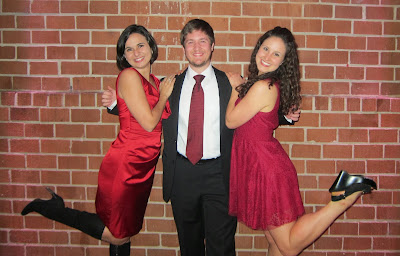 As sort of a last hurrah, I hosted a Christmas party for a bunch of my friends the last Saturday of the semester.  I had hosted a potluck party last year (you can read about that here), but this year I wanted to put a bit more effort into it.  Rather than have people bring stuff, I made the whole meal – the pièce de résistance was a pork tenderloin that I marinated in a honey and brown sugar glaze.  Super yummy!!  Since I’m in a much bigger place now, I also had the space to be able to plan a few more activities this time around.  So we played a few games, did a white elephant gift exchange, decorated gingerbread cookies that I had made in advance, and overall just had a splendid time.  Most of my best friends from Atlanta, and all of my roommates were able to be there.  I felt very blessed, indeed.  And then I promptly fell asleep after they all left – considering it was the first real party that I planned and hosted all by myself, I may have overreached a bit.  I was exhausted by the end of the night.  Was so totally worth it, though :). 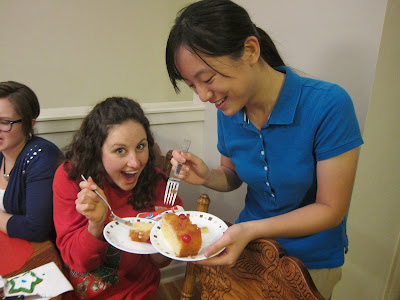 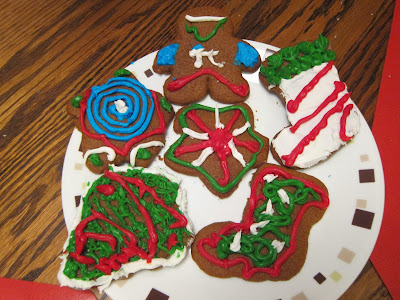 As a bit of a side note…I went to see some of my relatives in the north Georgia mountains with my dear friend Elizabeth way back in October.  It’s not Christmas-y, but I have nowhere else to put the pictures from that trip, so it’s just getting tacked onto the bottom of this post.  We just went up for the day, to get away from school and visit my family and see the beautiful fall colors.  It was a lovely day :).  Pictures are below – enjoy! 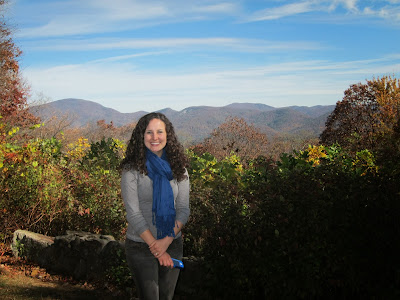