It’s been almost 2 weeks since I’ve written anything…I’ve been so busy I’ve barely had time to think, let alone breathe.  I should have more time next week, but rather than make you wait another week I’ve uploaded some pictures with captions under them, to give you an idea of what I’ve been up to.  Enjoy!! 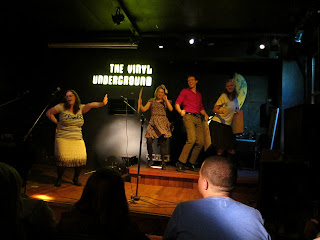 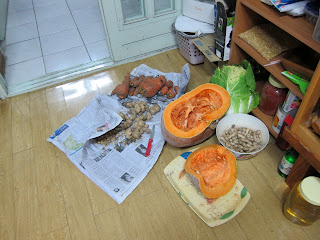 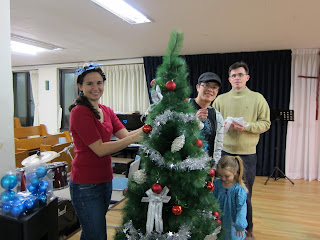 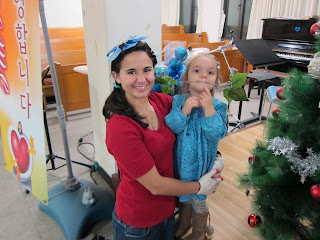 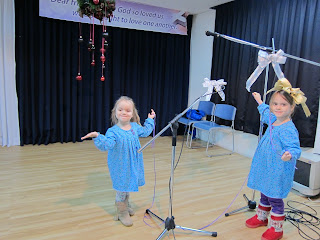 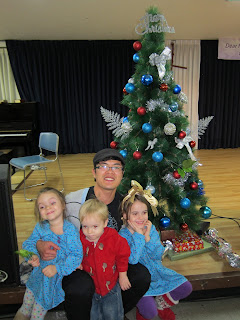 I wish that I could explain to you the humor, the cultural insight, the very Korean-ness that is a community-wide performance in Korea.  Perhaps I would start with describing how my host mother ran from the car to the theater in a sort of strange waddle-run, hiding under her jacket to escape the slight rain that was so light that I wouldn’t even consider it rain – more like a gentle mist.  Or perhaps I would start instead with her insistence that I use both an umbrella and a rain jacket to evade said gentle mist.Perhaps I would start explaining what happened inside the theater, with my host mother on one side of me singing lustily off-key with the performers, while my host sister sat on my other side snoring away.  Or the spontaneous, auditorium-wide clapping that would start with astonishing frequency and coordination.Maybe it would be better to first talk about the Korean propensity to show off their “pet foreigners.”  I would talk about how my host mother used me as an excuse to get permission for her daughter to miss school so that she could come – apparently Insuk was allowed to come only on the condition that she translate for me….since I would be completely lost watching dance and listening to music if I didn’t understand all of the words, lol.  Maybe I would describe how I was paraded in front of all of my host parents’ friends, all of whom, after careful scrutiny, gave the same assessment of me – small face, very pretty!  Or how my host mother bought a bouquet of flowers for me to give to my host father, and then shoved me up on stage and made me give them to him before the performance had actually ended.  Yeah, that was awkward.  Or maybe I would skip that flower story, and just tell the one where my host mother walked up to the big flower arrangements that they had decorating the entryway and just started taking flowers out of them to give to me.  I don’t think she was supposed to do that.  But she wanted to give me flowers, so that was that.

I wish I could truly explain to you the night that I spent with my host family last Friday night.  But I think, in the end, that it’s something that you would have to experience yourself to truly understand. 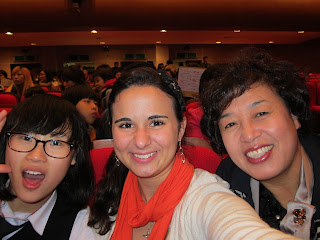 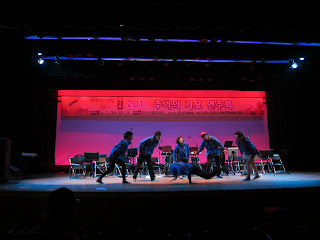 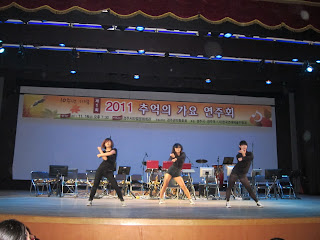 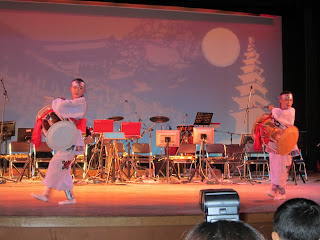 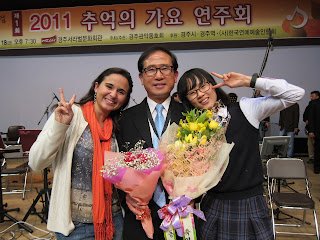 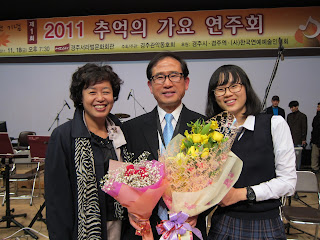 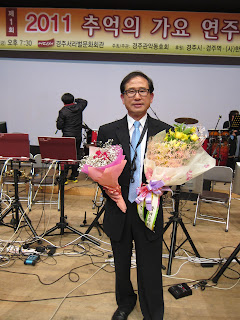