Last weekend was so much fun!  ALMOST as good as the paragliding weekend with Sarah the week before :).  Saturday afternoon I had practice with the worship team at church, and then we all headed out for dinner together afterwards.  It was literally 5 Philippinos….and me.  It was great, I loved it :).  We had a really precious time of worship and fellowship together, and plus I always love meeting and interacting with people from different cultures.

But the “main attraction” of the weekend, as it were, was Sunday.  I went to Haeundae beach, in Busan.  There was a sand festival at the beach, and so after church I headed down there for the afternoon.  It was originally supposed to just be me and a few friends from church, but I mentioned it to a student, and so it morphed into more of an outing with students, with a few church friends along for the ride.  But it was such a blast!!

We were supposed to meet at the train station at 11:30 to catch the 11:48 train, but church ran long.  So 11:46 saw us literally sprinting from church to the train station….we made it with about a minute to spare. Quite an inauspicious start to the day….

But we finally made it to Busan and got set up on the beach with our snacks and blankets.  The rest of the afternoon was spent playing in the sand, swimming, admiring the sand art, burying people in sand, looking at the vendors who had set up their booths, and just overall having fun.  The highlight of the day for me (or at least, one of the many highlights), was when my students gave me a Korean name, 태희 (Tae-hee).  In many cultures, giving a foreigner a native name means that the people there have truly accepted you into their culture.  While I’m not positive that it’s the same way in Korea, I do know that I’ve never met a foreigner with a Korean name, and I was very honored and happy to have been given one :).

So anyway, we had KFC for dinner (my students said it was expensive, but worth it, lol), and then headed back to Gyeongju.  I felt slightly chagrined, because we didn’t get back until after 10:00, and had to buy standing seats, so everyone was really tired in school the next day….but only slightly chagrined.  As one of my students said, it was worth it :). 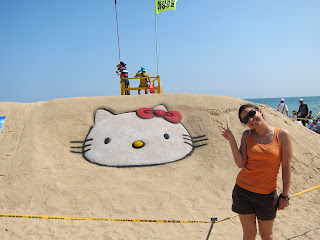 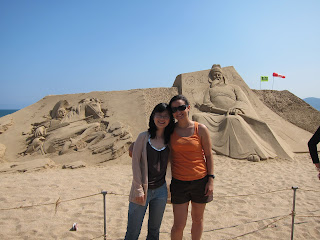 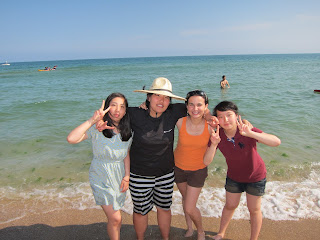 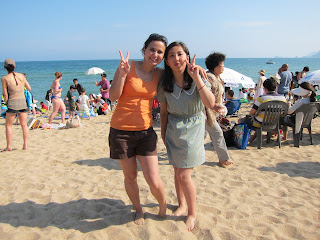 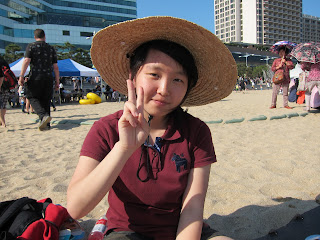 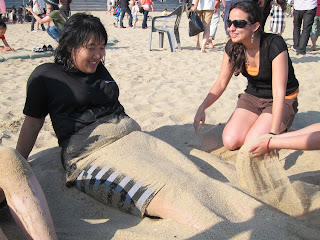 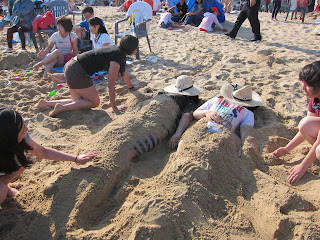 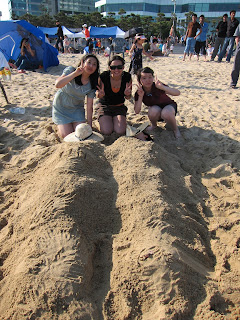 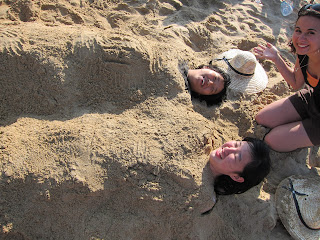