By the end of my journey, my endurance was starting to wane.  To put it simply, I was tired, and all the more so because I had done nearly all of my traveling alone.  There’s something about traveling with a friend that really energizes me, and makes even the most frustrating situations more bearable.  But I had planes to catch and memories to make, and I didn’t plan on missing a single opportunity!

When I was in middle school, my family befriended a Japanese girl who was studying in America at the time.  We took her on all sorts of family outings, and got really close, but then she moved back to Japan, and we kind of lost touch.  But I also held the memories of Naoko close to my heart, and when she found me on facebook about a year ago, I saw my grant year in Korea as a perfect time to reconnect!  She’s married and has a son now, and I’m a college graduate, so we certainly had a lot to reconnect about!

So anyway, Naoko and her husband (Shilla) and son (Hiro) met me at the airport in Tokyo, and we headed back to their house for the evening.  The next day we headed to Kyoto, and 2 slow trains and 1 bullet train later, we arrived and walked around for a while to do some sightseeing.  It was fun and exciting (and also CRAZY expensive!!), but Hiro was getting tired and antsy (I’m sure we’ve all experienced children in the throes of the “terrible twos!”), so we all went back to the hotel early and called it a night. 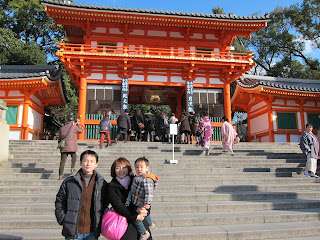 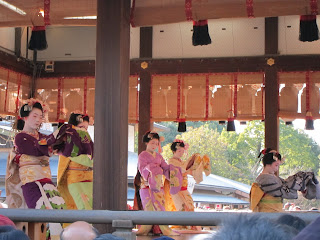 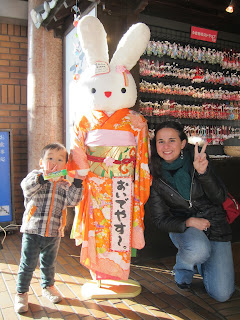 The next day we went on a bus tour of the city.  It took us to the Golden Pavilion – one of the most famous landmarks in all of Japan, the Silver Pavilion – which is misleadingly named; it’s not silver at all!, and a bunch of other landmarks all over the city.  When it finished, we had lots of time to kill before our train left, so Naoko and I left the boys sleeping in the mall, and we went to a traditional folk art museum.  That was COOL.  We got to see demonstrations (some live, some on video) of all SORTS of different traditional Japanese arts – sewing designs for kimonos, and goldworking, and jewelry making, and basket weaving, and doll making, and rope braiding, and wood carving, and painting….basically anything you could think of, was probably represented there.  I’m not generally a huge museum fan, but this museum was different.  This was a living history museum, a hands-on interactive museum that fused the past with the present, and I found it fascinating.  I was rather glad that we had had so much time on our hands :). 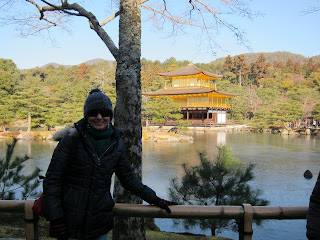 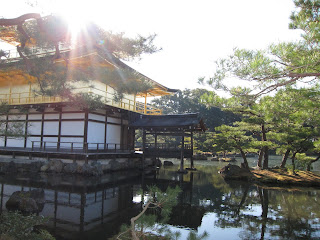 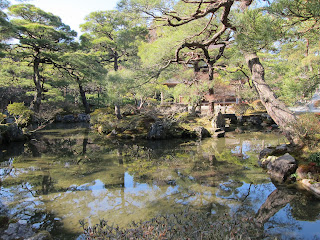 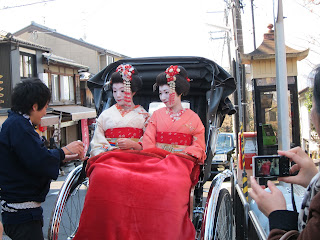 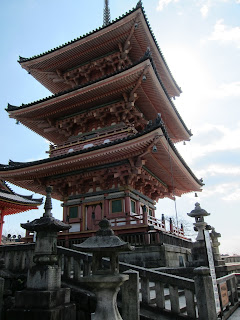 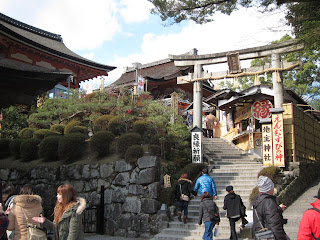 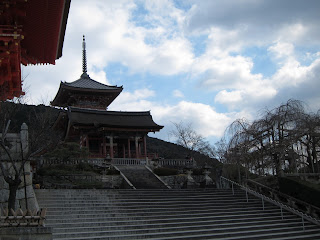 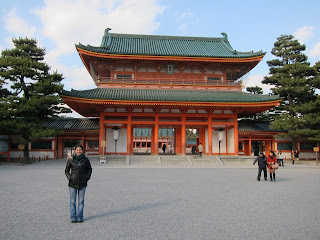 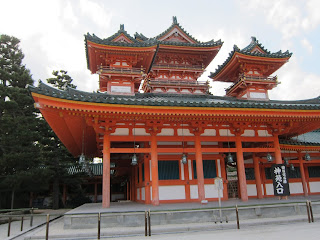 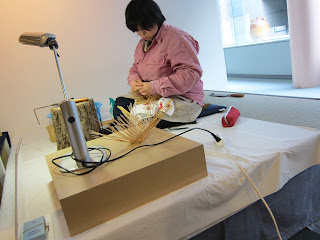 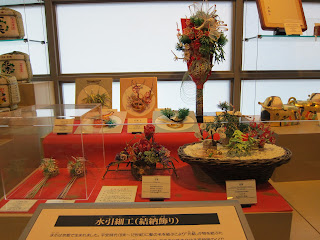 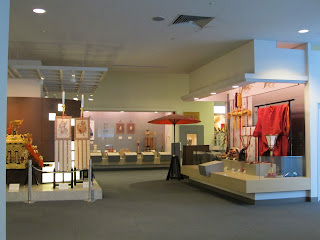 The next day we all slept in, had a rather lazy day, and then I headed to the airport to go home.  Upon boarding the plane, I was surprised with the blessing of being bumped up to first class – which happened to also be on the second level of the plane, which just made it all the more cooler.  I don’t know if you’ve ever flown first class before, but I have been ETERNALLY spoiled.  The seats were super comfy, had a sinful amount of leg room (you could literally recline the seat into a completely flat position, be laying straight out on your back, and still have room to spare!), the meal was delicious, and the in-flight entertainment extensive.  They even had soothing background music and mood lighting!  It was certainly a nice way to recharge on my late flight back after so much travel turbulence over the past 2 weeks.

So that’s it!  One bus, four countries and times zones, six trains, eight cities, 12,000 nautical miles, countless memories and priceless friendships later, I’m back where I started….much poorer financially, but in the long run oh-so-much richer.  What a blessing this Fulbright grant has been to me!