What an introduction I had to Korean festivals this weekend.  Elizabeth and I left midday on Saturday for Jinju, to see the lantern festival, and it was an adventure from the start.  We were going to leave earlier, but I had a “cultural trip” with my school in the morning, so we decided to leave a bit later.  I went to a pottery maker’s place with about 70 of my students.  We made pottery and had snacks and took pictures with each other and overall had a lovely time.  It was fun :).  The girls all seemed in total shock to see Teacher outside of class, lol :D.  After we finished, a few of my co-teachers took me out to lunch, so by the time Elizabeth and I left Gyeongju for Jinju it was well after noon.

So anyway, we got to the bus station, bought our tickets, and were all set to get on the bus as it pulled into the station.  But then we noticed that something was wrong.  The bus was there, but no one was getting off, and the people waiting to get on outside were getting into an argument with the bus driver.  Well, apparently, the Korean bus system doesn’t believe in limiting ticket sales.  Even when the seats are all filled, they keep selling them.  The next bus wasn’t coming for another 2 hours, and we didn’t want to wait, so we boarded anyway, and sat on the floor in the aisle of the bus – for 3 hours.  It was the longest bus ride of my life.  I’m all for new experiences, but that’s one that I hope to never repeat.

Once in Jinju, we realized that apparently no taxi driver in the city knew where our hotel was location.  After asking close to half a dozen drivers, and wandering around some on our own, we finally found our friend Frank, who lives in Jinju, who guided us to the hotel.  But apparently, our hotel is super anal about only letting 2 people stay in a room, and we were planning on putting 3 in the girls’ room – Sarah and Adam came down from Hwacheon and met us :).  The hotel employee actually chased us into our room when he saw three people go up the stairs and told us that we could only have 2.  Everyone was stressed and on edge at this point, so I went in and talked to the guy (who mercifully spoke English!), and explained the situation.  He finally allowed us to pay a little bit extra (about $10) to have a third person stay.  I was glad that it worked out so easily; it could have been a pretty bad situation.  So the first night I slept on the floor and Sarah and Elizabeth in the bed, and the second night Sarah elected to sleep in the tub.  Ahhh, Korea, never a dull moment.

So buses and hotels finally figured out, we at last were able to enjoy the festival.  And what a festival it was!  Unless you’ve been to the lantern festival in Jinju, you’ve never seen real lanterns before.  These lanterns tower over people, depicting enormous scenes and animals with incredible detail.  When the lights turned on during the opening ceremony I literally lost my breath.  They looked like something from another world.  The lights reflecting in the water, the floating bridges bobbing gently between the lanterns, the fireworks and sparklers punctuating the air…the entire scene was simply magical. 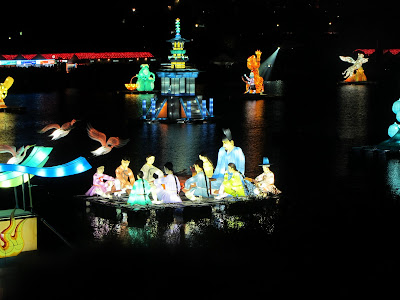 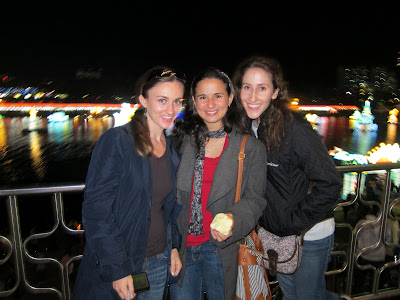 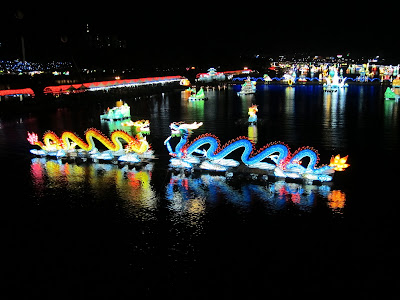 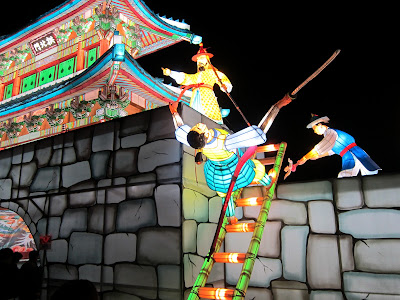 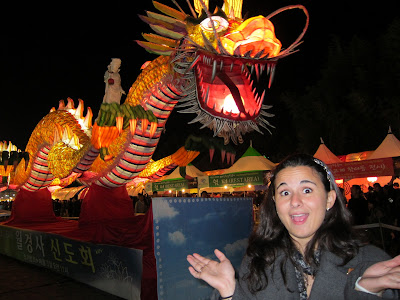 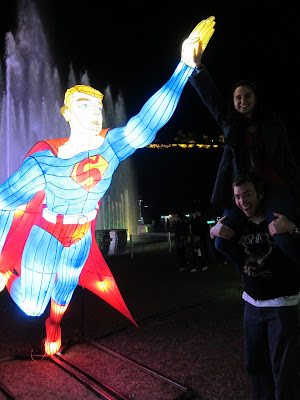 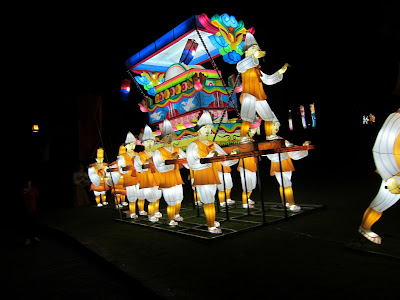 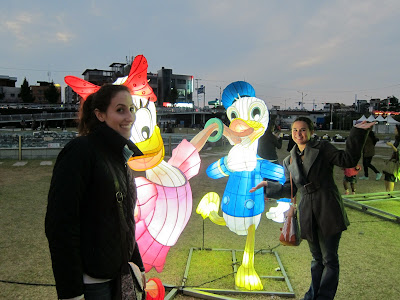 The next day was spent just relaxing and walking around Jinju.  We looked at the booths and tents that were set up, found a grove of bamboo to hide from the sun for a while (I love bamboo!!!), ate chicken on a stick and drank green tea lattes.  After the sun set, we went back to the lanterns that were floating on the river.  We bought pre-made “wishing lanterns” and set them out on the river, singing songs from the Tangled soundtrack the whole time.  I was feeling just like Rapunzel – if you haven’t seen the movie, check out the link below to see what I’m talking about.  http://www.youtube.com/watch?v=yD_IEqxp-e0&feature=related 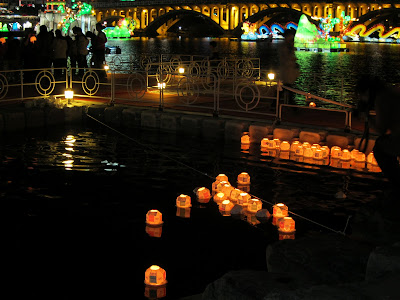 After setting our lanterns afloat, we were actually able to make our own.  We made a turtle, and named him Frederico.  Unfortunately, the lantern making booth closed at 11:00, far before we were finished, so the last 30 minutes of the creation of Frederico were a little rushed, and our poor baby was finally hung up for display leg-less and face-less :(.  But oh well, he knows we love him :). 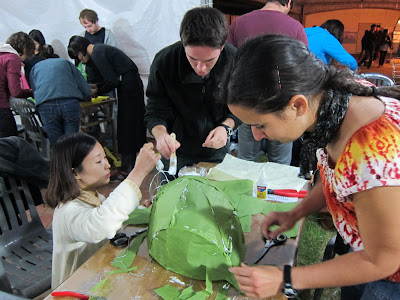 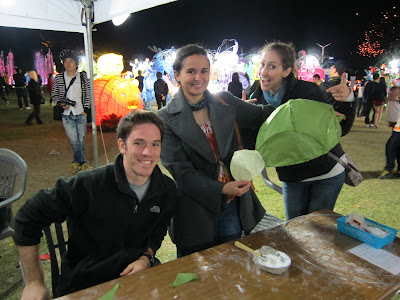 We got back from Jinju just after lunch on Monday, and I spent the afternoon watching Tangled.  A fitting ending, I think, to the Jinju lantern festival :).

Monday night was another new adventure – my first live K-pop experience!  The Hallyu Dream Concert is the biggest concert in Korea, and music lovers fly in from all over the world to see their favorite Korean pop stars perform live.  They line up to enter the stadium hours and hours before the shows starts, and decked out in their best fan attire – I’m talking balloons, signs, shirts, headbands, even full-body animal suits (I’m assuming  they were Beast fans).  It was a great concert, but I was glad to finally be home – Jinju wore me out.  I also was able to spend some time talking and watching YouTube videos with my host sister after I got back, which was nice.  I’ve been having host family issues for the past few weeks, so it was great to be able to spend some amicable time with her.  All in all, a lovely weekend – I got to see Sarah, got to be Rapunzel, got to hear some great music and see some pretty amusing costumes, and got to spend time with Elizabeth and my host sister.  Next up: Andong and the Maskdance festival!! 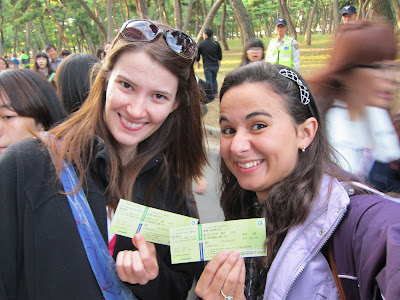 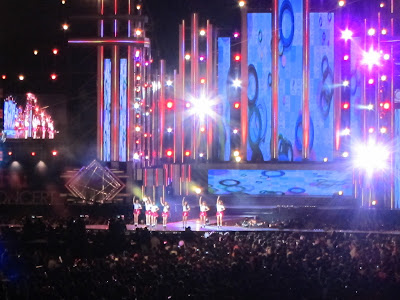