Last weekend was one filled with culture for me.  It started off on Saturday night.  I had just ensconced myself into an evening of fascinating reading on the global business environment, when my sister-in-law Julia called me and randomly invited me to student night at the High Museum.  As difficult as the decision was between a date night with a business textbook, and girls’ night out with my beautiful sister-in-law, the sister-in-law won.  I had 10 minutes to get all dressed up – jeans and a t-shirt are simply not acceptable for a girls’ night out! – and then she picked me up and we headed out. 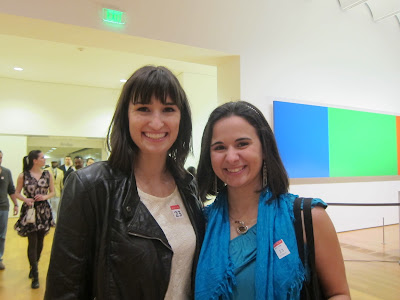 We admired the regular artwork, saw the special exhibition of famous Mexican spouses Frida Kahlo and Diego Rivera, and also watched an interpretive dance that was intended to mirror the tragic live and death of the couple.  Perhaps if I had known about their troubled marriage, and multiple affairs, and miscarriage, and the tragic early death of Frida, the dance would have made more sense….to me, it was simply one of the most bizarre interpretive dances I’ve ever seen. 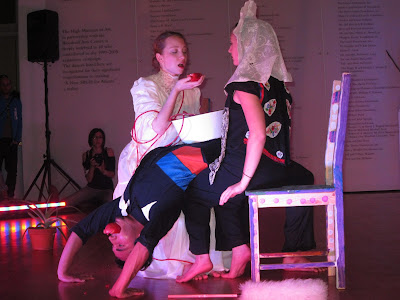 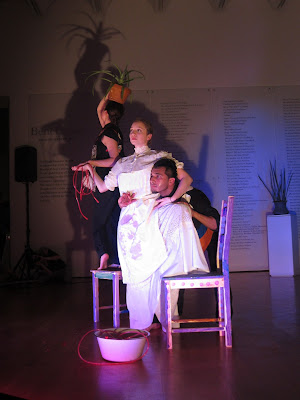 Student night at the High also seemed to be random reunion night for me.  I saw sooo many people that I knew there!  But the funny thing was, none of them were from Georgia Tech.  There were a few people from Berry – one of them the old president of the Swing dance club before she graduated and I took over – some old dance friends, some people I knew from Albany and before college….it’s amazing who you meet when you leave the house! 😀
The next day, Sunday, was gorgeous – a nice relief from the incessant days of cold and rain that has been gracing Atlanta for weeks now.  I spent the afternoon reading and writing in Piedmont Park, and taking advantage of the numerous opportunities that I had for people-watching.  In the evening, I went to a get-together with some friends to celebrate the Jewish holiday of Purim.  I could help but be amused that none of the people there were actually Jewish, but it was a fun evening, nonetheless.  We finished with watching the first half of Fiddler on the Roof – which, by the way, is far less depressing than the second half, which I ended up watching about a week later.
That’s all for now, folks!  Spring break in 2 weeks!!! 🙂