I went to Jeju last weekend.  Everyone whom I happened to tell about my trip beforehand, was so excited (and in a few cases, possibly even a little jealous :]).  Jeju island is renowned as one of the most beautiful islands in the entire world.  An incredibly popular destination for honeymooners, both Korean and foreign, it’s commonly called the “Korean Hawaii.”  Needless to say, it’s a really lovely place.  And once I got there, I would have to agree with this consensus; although I must say, the getting there was a little rough.  There were huge amounts of wind when I flew in; the turbulence was so bad, in fact, that the first few landing attempts were unsuccessful, and we had to regain altitude and circle around for another try.  It was really scary, and not the welcome to the island that I had hoped for.  But we finally landed, safe and sound, and I made my way out of the airport.

Most of my time in Jeju, however, was spent inside a hotel.  The purpose of my trip was for the annual Spring Fulbright conference, which is always held on Jeju island.  So, over the course of a 4-day weekend, I spent a little over 3 days inside, listening to announcements, teaching workshops, and presentations from the Fulbright researchers, who were filling us in on the progress of their research in Korea.  It sounds boring, but I rather enjoyed it.  The research presentation topics were really varied – everything from traditional Korean architecture, to poetry, to astronomy, to economics, to human rights – and I also picked up a lot of teaching techniques that will be helpful to me in the class this year.

The one day that we did leave the hotel, however, was really lovely.  We went on a tour of the island, checking out all (or at least many) of the major sights that Jeju has to offer.  The first stop was Sunrise Peak, aptly named for the beautiful sunrises that can be seen uninhibited from the top of the peak.  It was quite a hike to the top, but the view from the summit made it all worth it.  Next stop was Ilchul Land and the Micheon Lava Caves.  Not knowing what to expect from Ilchul Land, I was more excited about the lava caves.  The caves actually turned out to be quite disappointing, but the lush beauty and fascinating attractions set up throughout Ilchul Land more than made up for the disappointment of the caves.  After the caves, we went to the Jeju Folk Village, a huge reconstruction of a traditional Jeju island village.  We were there for over an hour and didn’t get to see even half of it, but the parts that I did see were really interesting.  Our last stop was to Pyoseon Beach, one of the few sand beaches on the island – most of the shoreline is rocky.  We weren’t there for very long, but we were there long enough for me to curl up on the sand like a cat in the sun and take a short nap.  It was divine.

And then…poof!  The tour was over, and we were back at the hotel, ready for more lectures and workshops.  In the evening, some of the Christians got together for a little impromptu Bible study, which was really great.  And then Monday, I went to a few more lectures and then headed home.  I realized that this weekend will be one of the last times that I see the vast majority of these Fulbrighters, so please excuse me if I go a bit overboard on the pictures in this one.  I was getting a bit sentimental :). 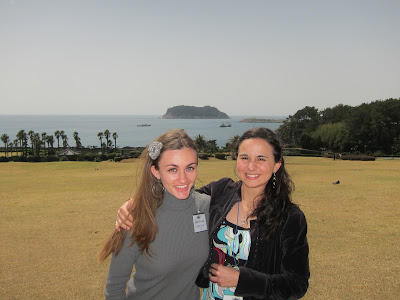 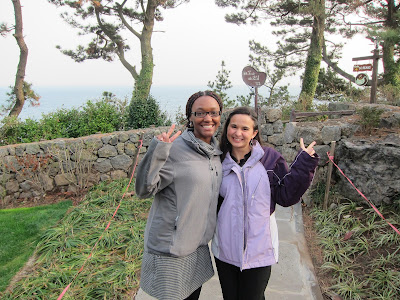 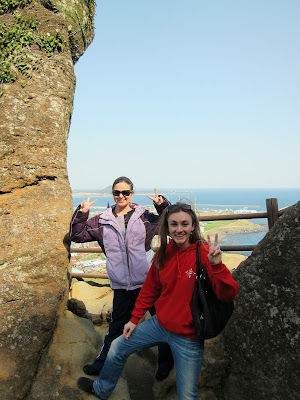 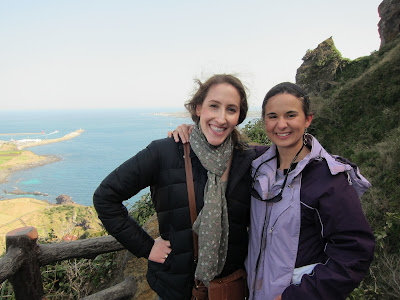 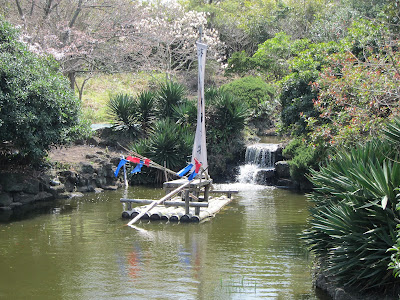 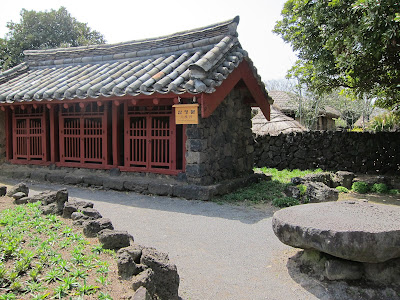