It is finished.  I’ll say it again….it is finished.  Winter camp, which consumed my life for the past 2 weeks and my thoughts for much longer than that, is finally over.  I have to admit, for as much as I had been dreading it, the end result was surprisingly enjoyable.  My students were absolutely fantastic (and I also had 4 senior students in my class, whom I hadn’t gotten the opportunity to teach during the regular semester, and they were amazing!), we did a lot of cool stuff together, and overall it was a lot of fun.  The administrative issues that I had to deal with were a bit less pleasant, but I survived.  For example, I showed up to school on day 1 of English camp, only to find out that my number of students, class location, theme, and time slots…everything…had been changed.  Oh, and they had pulled my funding.  But class was still expected to start that day!  So yeah, a bit of a stressful start, but I managed.

By the end of 2 weeks, they had written 2 acrostic poems, 2 haiku poems, 2 diamante poems (for an example of a diamante poem, click here), an expository essay, written and acted out their own plays in small groups of 3 or 4, watched the Phantom of the Opera and written a movie review of it, gone on a scavenger hunt, learned about idioms, cultural foods across countries, played lots of games, and made 2 class videos.  Looking back, I’m astonished at how much we were able to accomplish in 20 hours.  Seriously, I’m so super proud of my students.  Check out the videos that they made below, followed by random pictures taken during classtime. 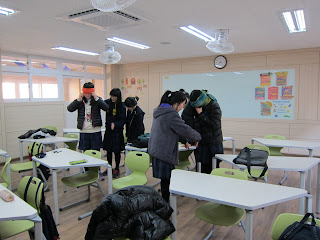 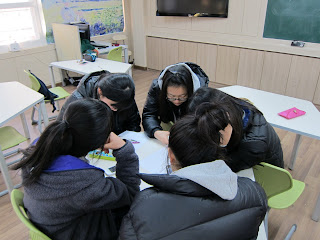 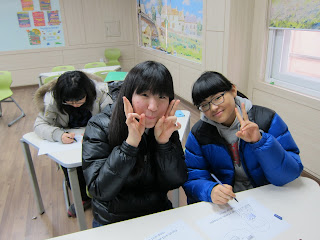 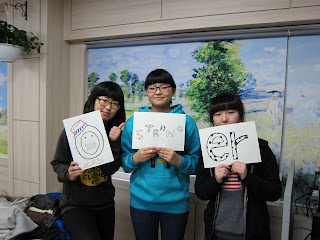 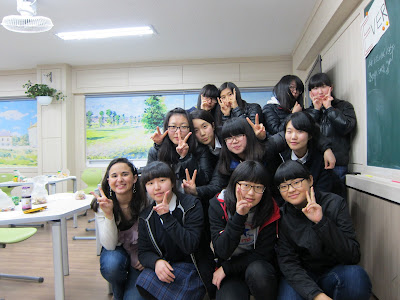 And my life wasn’t all work and no play these past 2 weeks.  I was able to do some fun things, too, including going out for lunch and a movie with my host sister, attending a concert at my church which my friend Anthony was singing at, and also interviewing him for a book that I’ve started writing.  The most notable outing, however, was with some of my students just before class ended.  We went out for dinner together, and then they told me that they had a surprise for me.  They made me close my eyes, which made walking in the whipping winds and torrential rain difficult.  But they took good care of me, and made sure that I didn’t run into anything or fall.

When I finally opened my eyes, I was astounded by what I saw.  I was in a baker’s paradise!  All around me, I was surrounded by cakes and decorations – delicately sliced fruits, marzipan flowers, icing, candy letters, colored powered sugar…it was pure delicatessen delight.  It was a self-decorating cake shop, and my students had taken me there to surprise me.  They didn’t even let me help pay for the bill, which was quite a big sacrifice for job-less high school students.  They insisted that I take the entire cake home with me, but then I evened the score by bringing it to class the next day and having a party on the last day of class.  But it was seriously one of the most enjoyable evenings I’ve had in Gyeongju yet, and I felt so completely loved by my students.  Add to that the barrage of messages that I got from my students after class ended – including one of my favorites, which said, “I learn many many!!!  Thank you so much <3 <3.  I never forget about your class!" - and I think that I can honestly say that winter camp was a great success, and I will truly miss it. 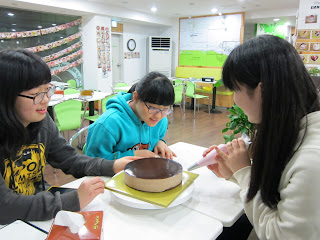 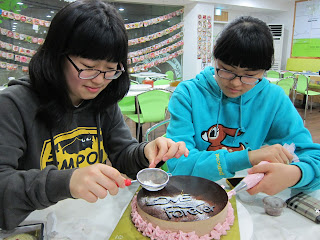 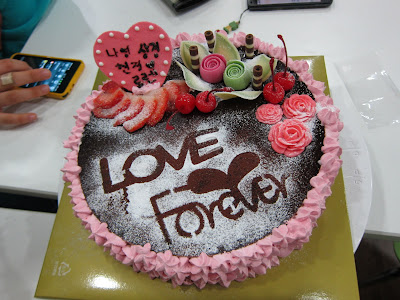 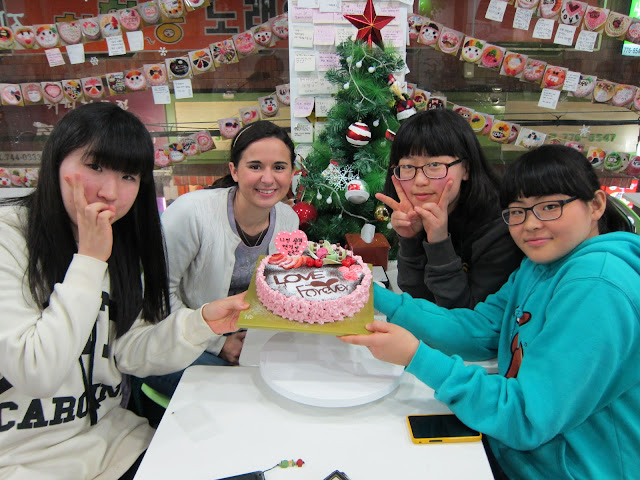